Is it possible that your family dog could spread Ebola? How about an annoying mosquito or cockroach?I came across this very interesting article on Ebola safety precautions and possible methods of transmission this morning. The author expresses some unique observations that might be worth considering as you prepare for the possibility of a deadly epidemic.

As we countdown the weeks and days to find out if any of Mr. Thomas Duncan’s family or friends, or any of the general public he came into contact with will come down with Ebola, I can’t stop thinking about the two deputies that were sent into his family’s apartment without any protective clothing – why? The “it can’t happen here” attitude of the tens of millions of Joe Sixpacks and Sally Soapoperas in the U.S. really can be seen in the videos of the maintenance workers hosing down Mr. Duncan’s vomit on the sidewalk of the apartment where his relatives live. They are just spraying it all over the parking lot, and the reports I read stated that it went down the sewer. Also, what is wrong with the Red Cross workers that brought food and supplies to the quarantined family of Mr. Duncan? They delivered and handed boxes of supplies to the family without any protective clothing and in rolled-up shirt sleeves and short sleeves. If the American Red Cross doesn’t know protocol in a situation like this, then the U.S. is in trouble.

As a deputy sheriff over 20 years ago, I had similar concerns with AIDS, hepatitis, and other diseases while working at a large jail and out on patrol. I always carried disposable rubber gloves, a bottle of isopropyl alcohol, and dust masks in order to have a minimum of protection. Some of my fellow police officers took similar precautions — some. One night while responding to one of the worst mass shootings of unarmed people in Ohio, I slipped when entering the bar where the shootings took place because there was so much blood on the floor. I had no choice but to wipe as much blood off of my shoes on the side walk before jumping back in the patrol car as the call came over the radio to pursue the shooters a few blocks away. I later doused my shoes in alcohol, but I don’t remember if I cleaned the car mat that my shoes rested on. Similar incidents happened many times, I’m just happy that I didn’t have to deal with Ebola. The domestic violence calls, the fights during arrests, the filthy street drug addicts, transporting ill prisoners to the hospital – that is the side of policing that is not shown in the career brochures from police academies.

Ebola is spread through bodily fluids, including sweat, saliva, and blood. Shake the sweaty hand of a person contagious with Ebola and wipe your nose, touch your eyes, or forget to wash your hands while eating, and there is a chance that you can get it. Microscopic water droplets of saliva fill the air when you speak. If you ever want to see where those droplets go when you speak, then lite up a cigar, fill your mouth with smoke, and just talk – you will see a similar path that your exhaled vapors travel. The CDC is downplaying airborne transmissions of Ebola but just this week, the World Health Organization stated that Ebola can be spread through sneezing. This makes sense, as sneezing spreads other viruses and bacteria.

It’s gross but true; dogs eat vomit. I don’t know if any got into what came out of Mr. Duncan, but as “fast” as we have seen emergency officials show up, there would have been plenty of time. Dogs also are eating corpses of Ebola victims in West Africa, and they are spreading the disease. In Madrid, Spain, authorities have just ordered the destruction of the dog owned by the nurse who came down with Ebola last week after treating an Ebola patient. Reportedly, she wore the proper bio-suit and followed infectious disease protocol, but officials are still trying to figure out how she contracted it. They fear that she may have passed it to her dog. Life will change quickly in the Dallas area regarding how to deal with the cute little pooch that wants to come and do its business in your yard, say “hello” by licking you, or approach your children or your pets. How many dogs defecate in yards, streets, the woods, etc.? I’m sure that there is a figure out there somewhere. Even if you could ask Fido if he feels like he has Ebola, he wouldn’t know, as dogs carry and transmit the disease, but they don’t get it.

I’ve lived in the Dallas area, and I will tell you that every apartment complex, no matter how small and “Mom & Pop” it is, always has an extermination program in effect for cockroaches. It does not matter how clean you are in Texas, if you live in an apartment, you are going to have roaches. If you never saw one, it’s because you were probably sleeping or your apartment manager is flooding your home with pesticides when you are not aware of it. Bottom line is that all you can do is reduce the numbers to a point that you don’t see them much – they are still in the walls and in many other areas of apartment complexes. You don’t even have to leave a little food out for them, they have plenty to eat. In addition to any food product, cockroaches will eat soap, glue, book-binding, dead skin, cardboard, bodily fluid residue, feces left in a diaper, other bugs, and even a smudge of toothpaste left in the sink. Leave a half-eaten slice of pizza on your coffee table overnight and you have just opened up the La Cucaracha Pizzeria. What about the college kids in the apartment next door? Do you think that they are cleaning up after each Friday night beer blast? The health officials did not clean and disinfect Mr. Duncan’s relatives’ apartment for several days. Do you think that some cockroaches could have consumed any of Mr. Duncan’s bodily fluids left behind on toilets, food, vomit, soiled clothes, etc.? It’s hard to say, but what if they did?

While the mosquito is considered a vector regarding disease transmission, the cockroach is more like a vessel that carries disease and spreads it where ever it goes. It carries disease in its gut and on its body in hairs and in the crevices that make up its anatomy. Cockroaches carry more than 30 bacteria-based diseases in their gut such as Typhoid (spread in Italy by roaches), E-coli, Polio, Klebsiella pneumonia, Cholera, Salmonella, Shigella (spread in restaurants in Ireland in the 1970s), Staphylococcus, etc. They also carry parasites on their body like hookworm, pinworm, and whipworm to name a few. Studies have shown that trapped cockroaches had up to 14 million microbes on their bodies and 7 million microbes in their droppings (my source did not state how many cockroaches were measured in the studies). According to reports from Liberian medical officials, cockroaches carry Ebola. Fruit bats also carry Ebola, and the ground of caves where they live is caked with bat feces. Cockroaches are also everywhere on the cave floors, as they eat – you guessed it – bat droppings. Cockroaches also reproduce at an alarming rate and some female species can have over 1,200 offspring in a lifetime of one year (the female of those offspring have offspring as well). Cockroaches are also blamed for the Hepatitis A outbreak in Los Angeles in the late 1950s, which spread throughout apartment complexes. Roaches travel through walls. Walls separate apartments. Roaches spread to other apartments through walls. Get the picture? Dogs sometimes eat cockroaches, cats do too.

There are thousands of visas approved for people from Liberia, Sierra Leone, and other African countries to come to the U.S. and government officials do not want to stop people from countries with the Ebola epidemic from coming here – insane. How many more Thomas Duncans will fly in today?

If you never thought that pepper spray for dogs, roach killer, or cases of OFF or dozens of citronella plants would be part of your preparedness stockpile, you may want to give it some thought. Also, start getting some NBC training, as well as picking up NBC suits and masks before they are all sold out, like in the Dallas area.

I pray that all is well in November.

Permission to post this article is granted as long as it is posted un-edited, with credit, and link to Prepper & Shooter Magazine (PrepperAndShooter.com). 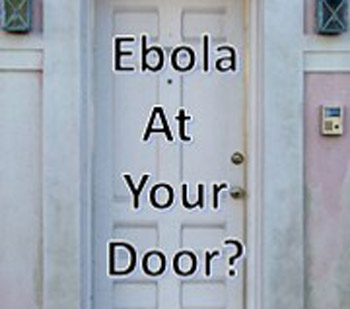 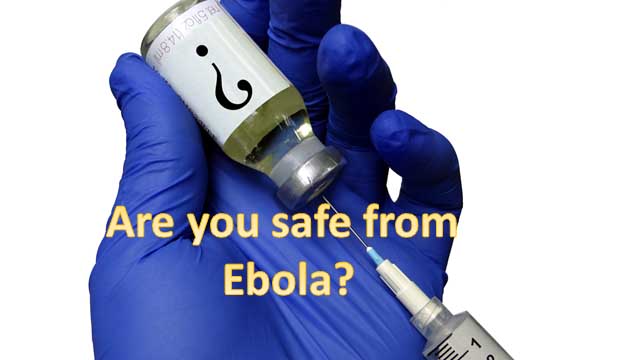