Alternative cooking methods are an important consideration as you prepare for emergencies. It is best to have several emergency cooking options at your disposal. Solar cooking devices are an emergency cooking tool that we think every prepper should have on hand.

We have used Global Sun Ovens for many years as an alternative cooking method for daily life as well as for emergency preparedness. We have experimented with other solar cooking options but this is the one that we use most often. You can check current pricing on a Global Sun Oven here.

Advantages of Solar Cooking During Emergencies

There are many reasons why you should include a solar cooker in your selection of emergency cooking devices. I have brainstormed some of the reasons why you just might want to start exploring the world of cooking using the sun as fuel.

The advantages of solar cooking during a power outage, emergency, or just in everyday life.

Disadvantages of Depending on Solar Cooking During Emergencies

The disadvantages of depending on solar cooking during a power outage or emergency situation.

We highly recommend that every prepper discover the power of solar cooking and implement it into their emergency plans.

Solar Ovens are a Valuable Asset During a Long Term Crisis

Solar ovens will be a fantastic asset during any type of extended crisis. The ability to cook food without using precious stored fuels is highly beneficial. The more you can utilize a solar cooker to meet your needs, the less fuel you will need to store and use.

An economic crisis could be buffered by using a solar oven to cook food whenever possible to save money on electricity. They are also helpful when it comes to avoiding waste due to burned or failed meals.

A solar oven is a fun device that can change hard times into a grand adventure. It can lighten the workload because solar cooking devices are incredibly easy to use and require very little tending.

There is something oddly satisfying about taking uncooked food and placing it in a box in the sun just to return a little while later and find it baked to perfection. I am always amazed at how well it really works.

Dinner at Our House

Today we cooked a 16-pound turkey, 2 loaves of bread, and blueberry peach cobbler in the Sun Oven for our dinner. We had to start cooking the turkey early to ensure that the turkey would have enough time to cook during the optimal solar cooking window.

It is interesting to note that when we started cooking the turkey at 10:30 am the UV Index was only 3. The UV Index gradually increased until it finally peaked at 12:30 pm at 6. The maximum temperature the Sun Oven reached was 280°F. Probably due to the large amount of mass that had to be heated.

The turkey timer popped at 3 pm and we removed the turkey from the Sun Oven. We didn’t discover that it wasn’t quite finished cooking until after we had already removed it from the cooking bag so we finished cooking it in our conventional oven. My fault for not checking it better before taking it out. We have cooked a couple of turkeys in the Sun Oven successfully before.

In our second oven, we baked the bread and then followed with the blueberry peach cobbler. We kept both of those ovens busy in order to create a fabulous dinner.

We started to bake the bread at noon with a UV index of 5 and the oven reached a maximum temperature of 325°. The UV Index reached 6 partway through the baking. The bread baked in 1 hour and 15 minutes.

The cobbler was started at 1:30 pm after we removed the bread. The UV Index was 6 and the oven temperature reached 300°F. We removed the cobbler at 3 pm after baking for 90 minutes.

We were able to create this delicious dinner on a day when the UV Index never reached the magic number of 7. Solar cooking is amazing!

Tips for Emergency Cooking in a Solar Oven

Have a Backup Plan

Solar cooking is fantastic when the sun cooperates. Make sure that you have a backup for days when the weather doesn’t cooperate. Don’t plan on solar cooking as an alternative cooking method in hurricane weather or during severe winter storms!

Evaluate the Path of the Sun

Evaluate the path of the sun when you set-up your solar cooker. Make sure that it will not be shaded during any part of the cooking process.

Plan to cook and serve your meals to accommodate optimal solar cooking hours, which are roughly between 10 a.m. and 4 p.m. Timing will vary somewhat based on your location.

Start cooking early in the day to ensure that you allow plenty of time to complete the cooking process. Solar cooking may take more time than your traditional oven. Don’t start baking chicken at 3:30 and expect it to be done by 4. It might be, but you might be left with half-baked chicken and no more sun.

Do not use a solar cooker where curious pets may knock it over.

Use the Right Cookware

Dark, thin pots and baking dishes work best. Do not use cast iron pans as there is just too much mass for the solar cooker to heat it. My glass pans work just fine. I use my regular bread pans without any issues.

Double Check to Be Sure Meat is Cooked Through

If you are baking a large chunk of meat, for instance, a turkey or large roast or ham, be sure to check the temperature at the base of the meat as well as at the top. When there is a lot of mass to be heated, it may not heat through evenly. We had the tender timer on a turkey pop while the center of the bird was not cooked through.

Water can be easily pasteurized in a solar oven to make it safe to drink. The water must reach 149°F (65°C) for 6 minutes. All pathogens are destroyed when the water reaches 212°F (100°C).

The challenge is that you will never see water come to a rolling boil in a solar cooker. A Water Pasteurization Indicator or WAPI is a great little tool to determine when the water has been pasteurized.

The sun is an incredible tool. Be prepared to take advantage of this abundant, free fuel if your climate is conducive to solar cooking. Build or purchase a quality solar cooking device and practice using it on a regular basis. I bet that you just might fall in love with solar cooking as I have.

Disasters come in a wide variety of scenarios. Make sure that you are prepared to cook for your family without natural gas or electricity. Solar cooking devices are a great tool to add to your preparedness arsenals. 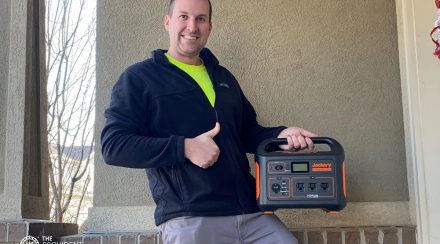 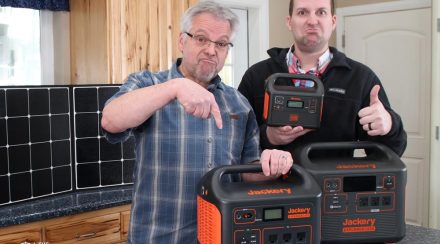 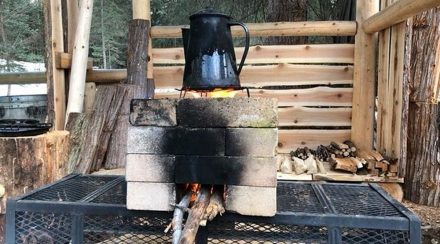 How to Build a Fuel-Efficient Rocket Stove and Cook Your Food on It
Categories: Emergency Cooking